The Cameron Foundation's Board of Directors 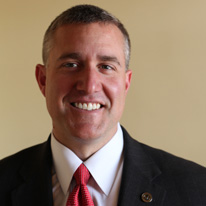 J. Tolleison Morriss is the current president of J.T. Morriss & Son, Inc., a funeral home that has been a cornerstone of the community for over 150 years. Founded in 1856 by Morriss’s great-great-great grandfather, the business is one of Central Virginia’s premier funeral homes, with chapels in Chester, Hopewell, and Petersburg. Mr. Morriss was born and raised in Petersburg, and currently resides in Enon. 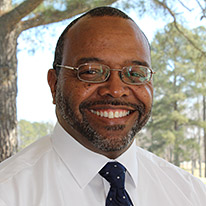 Vandy Jones is retired county administrator for Sussex County. He brings more than 20 years of experience in local government and economic development, tourism, planning and community outreach to The Cameron Foundation’s Board. He is a lifelong resident of Dinwiddie County, where he lives with his wife, Maxine. They have two sons, Vandy IV and Quinton. 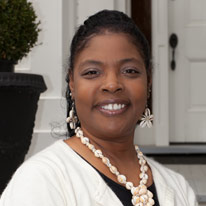 Chequila Harvell Fields is a native of Dinwiddie County and currently resides in Petersburg. She is retired from the Sussex County Department of Social Services, beginning her career there in 1985 and serving as director from 2000-2016. While retired, she enjoys helping people by providing outsourcing for Marketplace and Medicare Benefits (ACA). She also is highly involved with numerous civic and faith-based initiatives in the Tri-Cities region. 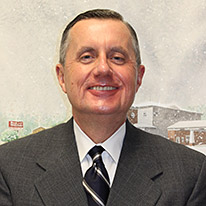 Mark Stevens has over 40 years of professional experience in the banking industry. Presently, he is with Touchstone Bank, successor to Bank of McKenney. He has been with the bank since 1998. His banking career began with First & Merchants National Bank (predecessor to Bank of America) in 1980. He has spent his entire career in the Tri-Cities market. 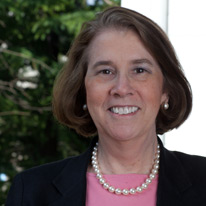 Ms. Comstock is a lifelong citizen of the Tri-Cities area, growing up in Dinwiddie County and living in Colonial Heights since 1979. As President of Gilbert C. Martin Company Building Contractors, she is a second-generation home builder. A graduate of Mary Baldwin College with a degree in fine arts, Ms. Comstock has held many distinguished positions in various trade and community organizations. 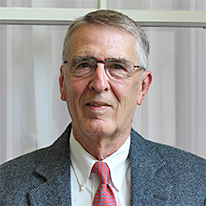 Mr. Blount is a longstanding leader in the City of Petersburg, having retired as Finance Director for the City in 2008 after 35 years in the Finance Office. Blount began in the office in 1973, was appointed Finance Director in 1984, and remained in that position until his retirement. He brings experience in both the nonprofit and for-profit sectors. 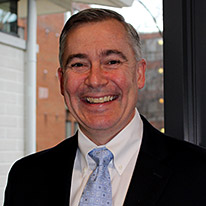 Jeff Geisz operates a marketing consulting company, which develops and implements technology-driven marketing strategies for financial industry clients. He has worked with a number of national firms, including First Union National Bank, Wachovia and LendingTree, as well as a number of regional financial institutions. He is actively involved in local youth sports and faith based programs. 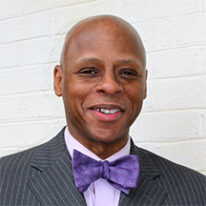 As Director of the Crater Health District, Dr. Hart actively endeavors to build healthy communities in the Crater Health District. In 2012, Dr. Hart launched a “50 in 5” goal, aimed at reducing Petersburg’s teen pregnancy rate by 50%. As of 2017, the “50 in 5” goal was met, with the teen pregnancy rate decreasing by 50% of the 2012 rate. He also has been instrumental in the district’s efforts to address adverse childhood experiences/childhood (ACEs). 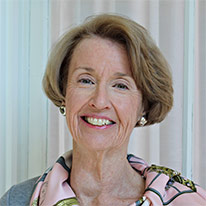 Ms. Martin has held a number of positions over her career, ranging from bank teller to translator for the U.S. Dept. of Interior, to French teacher and tourism interpreter. She also has volunteered in a number of community activities for many years, including serving as a Twig Shop volunteer at the local hospital for over 35 years. 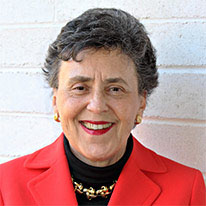 A native resident of Dinwiddie County and graduate of Dinwiddie’s school system, Ms. Burton is the assistant to the executive director at Crater Planning District Commission. Among her responsibilities at the planning district, Ms. Burton serves as the tourism director for Petersburg Area Regional Tourism Corp. 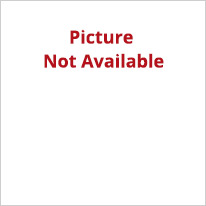 read full bio »
Back To Top